Maroons show glimpse of how more dangerous they can be 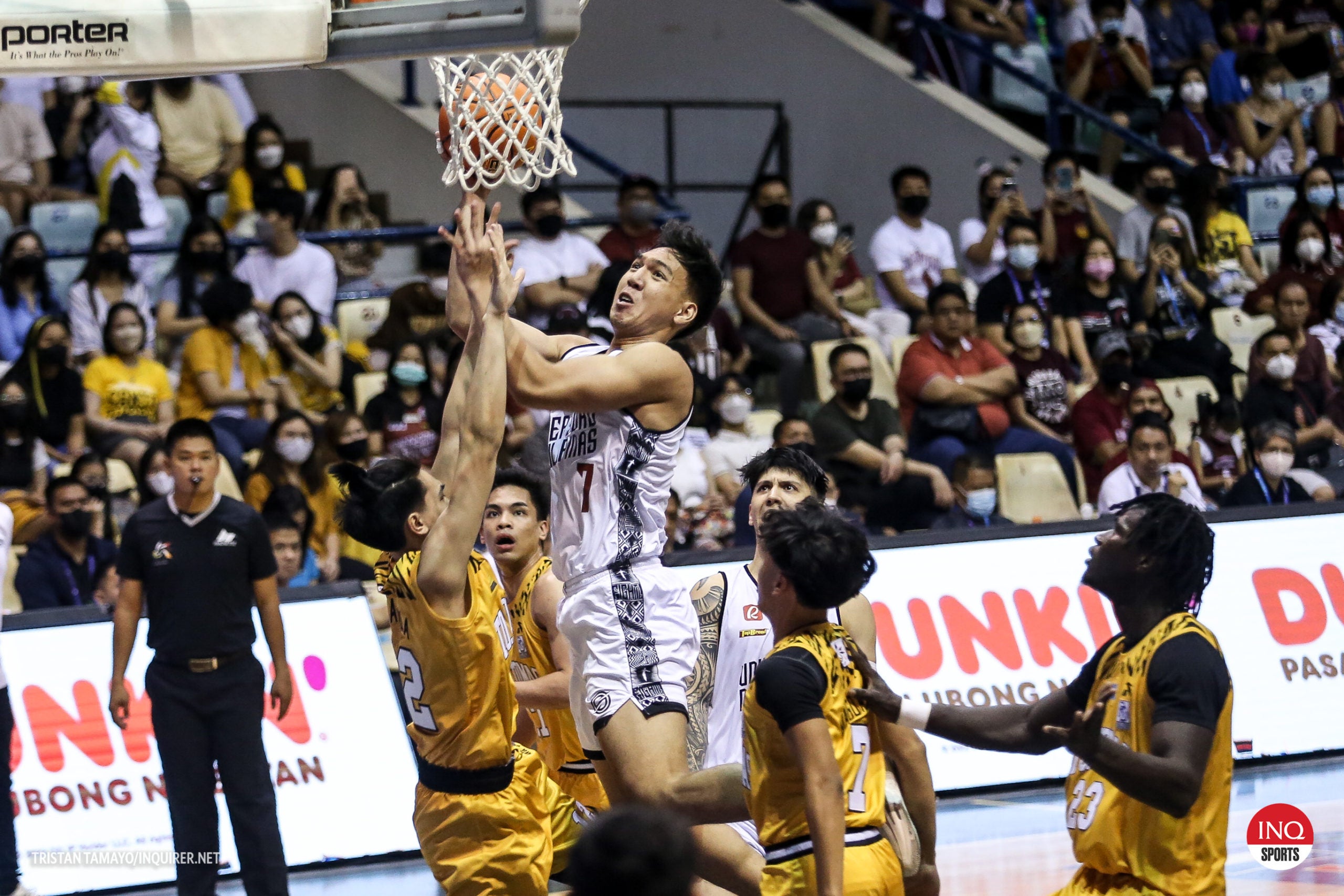 Third-stringer Bismark Lina makes the most out of the playing opportunity. Photo by Tristan Tamayo/INQUIRER.net

University of the Philippines (UP) coach Goldwyn Monteverde explored the depth of his bench and liked what he saw.

Except for Sean Torculas, all of his 15 players fielded contributed in a variety of ways offensively, helping the Fighting Maroons slay the University of Santo Tomas Growling Tigers, 76-51, on Saturday in the UAAP Season 85 men’s basketball tournament at Ynares Center in Antipolo.

“I just gave exposure to other players who didn’t have the chance during our first six games,’’ said Monteverde after his defending champion Maroons wrapped up the first-round with a 6-1 record to remain at the top of the heap.

But more than testing them on the battle ground, it fed Monteverde a grasp on how he could maximize his roster.

Jerom Lastimosa scored 29 points and led Adamson to an 86-84 nipping of La Salle in the second game.

Vince Magbuhos drilled a triple for what turned out to be the final score as the Falcons closed out with 3-7 record.

“Going into the second round, this will help us a lot in terms of depth. Our starters and the rotation that we normally use will not get tired easily,’’ said Monteverde.

Team at the bottom

Terrence Fortea led the Maroons in sending the Tigers to the bottom of the pit at 1-6 after scoring 14 points, with his three three-pointers in the third period creating a wide crevice UST found impossible to cross.

Third-tier players Daylan Andrews, Miguel Ramos, Anton Eusebio and Bismark Lina likewise didn’t disappoint, a portent of auspicious things to come in the second round for the defending champs.

“I think they will be ready to contribute for us in the second round at the very least,’’ said Monteverde.

And to think that JD Cagulangan, UP’s championship hero, remains languishing on the injury list.

“Hopefully, we’ll all be healthy,’’ he added.

The Maroons bumped up their lead to 21 points at the end of the third quarter before Nic Cabañero took it upon himself for the Tigers to salvage some sort of pride.

But after Cabañero last triple, the Maroons tightened the noose again by putting pressure on the defensive end, allowing Tamayo, Lucero and Fortea to finish the Tigers for good.

With multiple defenders stalking him, Cabañero shot just 6-of-17 from the field and wound up with 14 points, while Faye Adama, who returned from a one-game suspension, had 15 points and 13 rebounds for the Tigers.