No. 6 Alabama defense shuts down No. 24 MS State 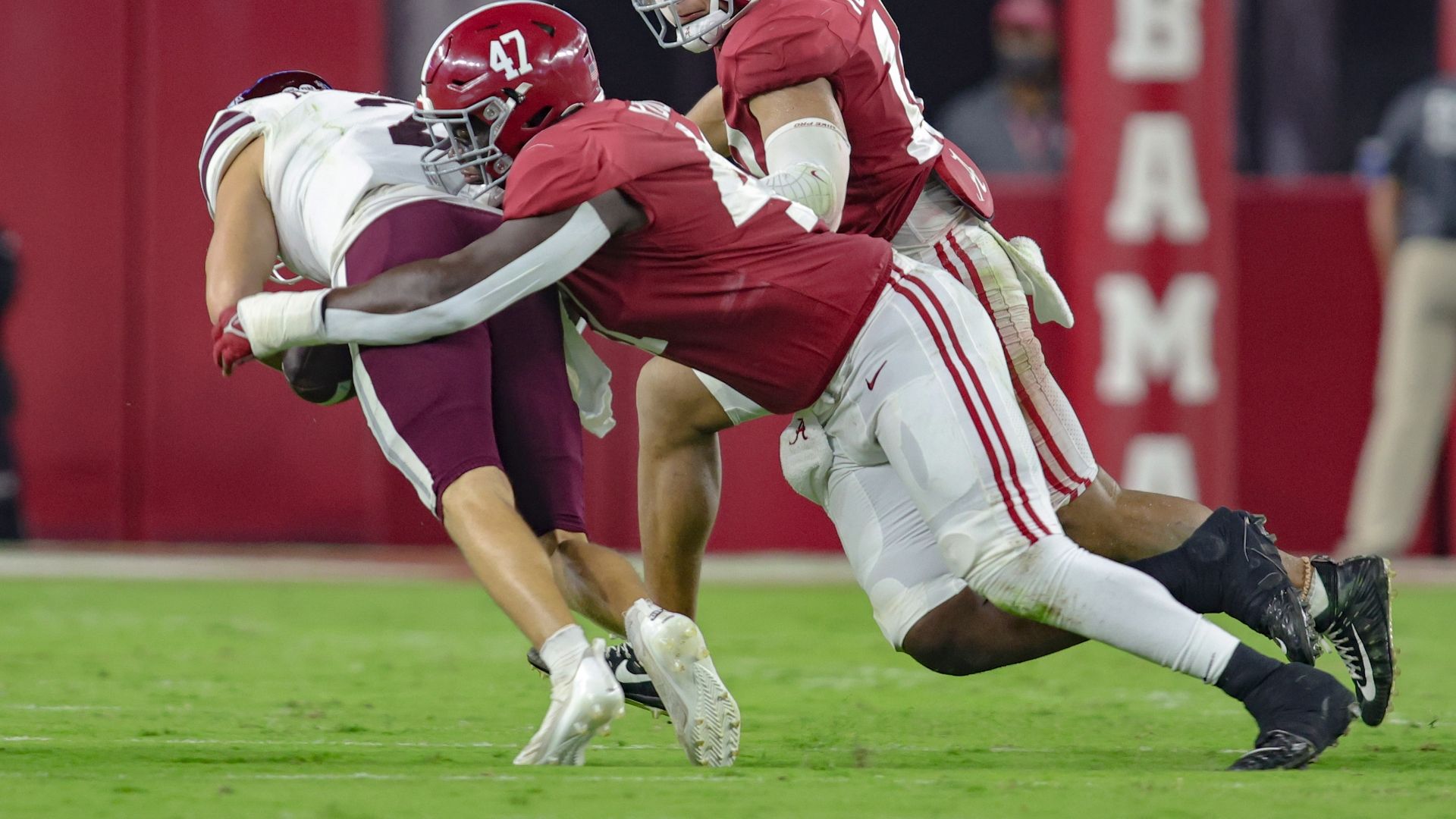 TUSCALOOSA, Ala. — – Bryce Young passed for 249 yards and two touchdowns and No. 6 Alabama’s defense continued its domination of No. 24 Mississippi State in a 30-6 victory Saturday night.

The Crimson Tide (7-1, 4-1 Southeastern Conference) rebounded from their first loss of the season, a 52-49 defeat to No. 3 Tennessee. Alabama defenders got a measure of redemption after giving up more points than any Alabama team since 1907.

The Tide appears back on track after the loss, especially the defense.

“To me, that’s a start,” Tide coach Nick Saban. “It’s kind of time to answer the bell and now the challenge is we need to build on that.”

The normally prolific Will Rogers and the Bulldogs (5-3, 3-3) still couldn’t reach the end zone against Alabama until the final play. It was the first touchdown Mississippi State had managed against the Tide in three meetings under coach Mike Leach, getting outscored (120-15).

Rogers completed 30 of 60 passes for 231 yards. Jo’quavious Marks scored on a 1-yard run to end the game. Young completed 21 of 35 passes with a couple of long ones on scrambles, including a 31-yard TD to JoJo Earle.

This one didn’t turn into a showdown of star quarterbacks, however, but a statement game for ‘Bama’s defense. The Tide, which started LSU transfer cornerback Eli Ricks for the first time, had 15 pass breakups and four sacks after getting victimized by the Volunteers.

Ricks, who didn’t play against Tennessee, and fellow cornerback Kool-Aid McKinstry each broke up four passes.

Alabama has won the last four meetings at Bryant-Denny Stadium by a combined 136-9.

Mississippi State has now dropped two straight games. The Bulldogs had failed fourth-down calls from the Tide’s 15 and its own 30 in the first half. They went for it on fourth down six times, converting three.

Alabama: The Tide cleaned up its act after getting flagged a school-record 17 times against Tennessee. Alabama committed three penalties for 20 yards. But the Tide only gained 29 yards on 27 rushes, counting sacks.

Mississippi State wore “SW 78” stickers on their helmets in honor of Sam Westmoreland, a freshman offensive lineman who died on Wednesday. There was a moment of silence before the game. The coroner said no foul play was suspected but didn’t release details.

Alabama defensive tackles DJ Dale and Jaheim Oatis watched the game in street clothes, with Dale wearing a boot on his left leg. Linebacker Deontae Lawson also didn’t play. However, wide receiver Jermaine Burton started after Alabama looked into a postgame incident where he appeared to strike a female Tennessee fan coming off the field in a wild scene.

Saban said they have him in a counseling program, stressing that it’s not about anger management but “about having the proper respect for other people. I didn’t think it was necessary to suspend the guy.”