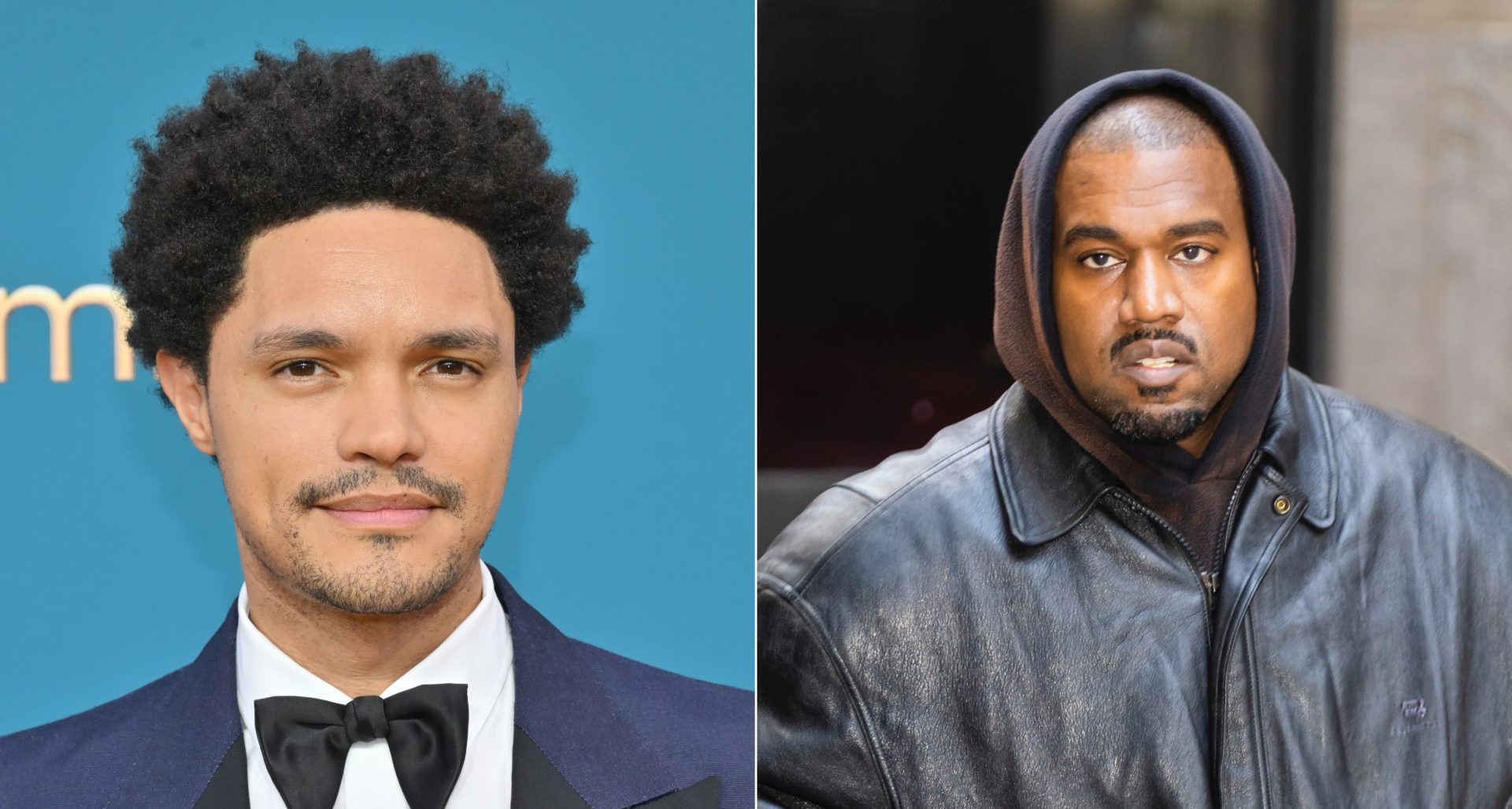 By now we all know Trevor Noah has become a repeated target for Kanye West when he decides to speak out in the media or on social media. During a recent taping of “The Daily Show,” Trevor was asked by an audience member, why is he beefing with Ye?

Trevor made it clear that he is not beefing with Ye, but he is concerned for his mental health. He said,

“I was never beefing with Kanye West, I was concerned about Kanye West. If somebody says to me or anyone that they have a mental health issue, and they say to everyone that when they don’t take their medication they’re unable to control themselves. And then everyone ignores when that person is having an episode and they haven’t taken their medication, and they platform the person and they put them up.”

Trevor continued to share that his grandfather was bipolar, and his family knew their job was to support him during his episodes.

“It would be weird if I was there going, ‘Oh, my grandfather’s having an episode again. I’m going viral tonight!’ I think it’s a little bit strange,” he said.

“I don’t have beef with a human being who has expressed openly that they’re dealing with a mental health issue. I don’t have beef with that human being. What I have beef with is us as society not coming together around the person and going like, ‘Hey, maybe this is not the moment to put a microphone in your face so that you just go off saying everything.’ If this is what you want to say when you’re on your medication, then that’s a different story. But because you’ve told us that, I’m not going to sit by and say that.”

Check out what Trevor Noah had to say below:

Back in March, Trevor Noah was one of the few people Kanye called out during one of his social media rants.

Kanye West came through with a few posts this morning!! (📸: @gettyimages) pic.twitter.com/xQOWRfqktN

He also mentioned Trevor during his recent interview on “Drink Champs,” which has since been deleted.

Kanye West blasts the media for labeling him an “abuser,” as well as those close to him for not defending him:

“The 78 media outlets that called me an abuser when I was tryna get that heroin addict away from my kids that was tattooing my kids names on him, Skete, Pete Davidson.” pic.twitter.com/QzrgSRVO8x