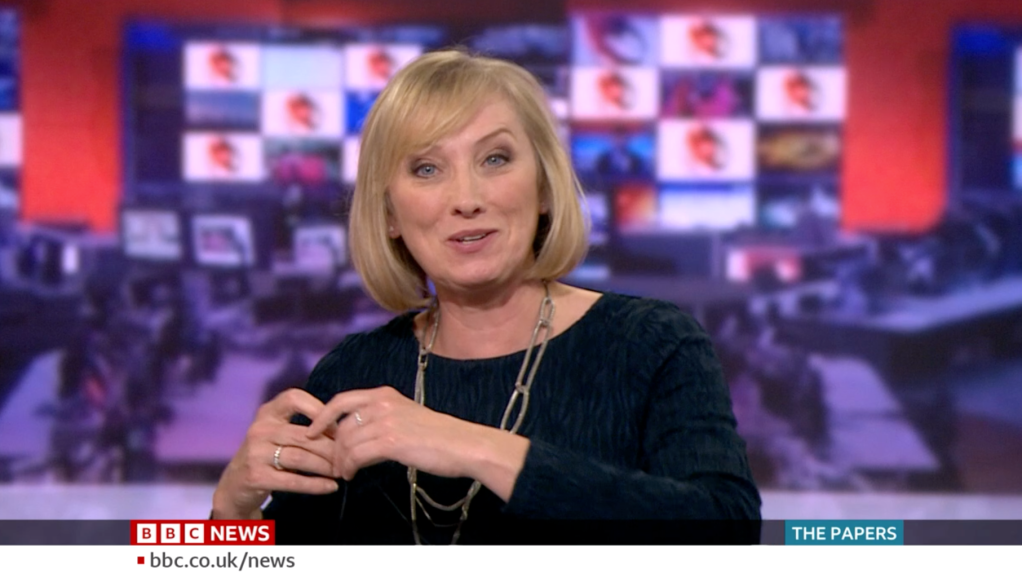 A BBC News presenter has been taken off air for a potential impartiality breach after asking “Am I allowed to be this gleeful?” on a political program yesterday following Boris Johnson’s decision to pull out of the race to be Prime Minister.

Martine Croxall was presenting Sunday night’s BBC News edition of The Papers, in which journalists review the day’s newspapers, when she made the comments at the start of the program, around 90 minutes after Johnson had gone public with his decision.

“Well this is all very exciting, isn’t it?,” said Croxall. “Am I allowed to be this gleeful?”

The BBC said it is “urgently reviewing for a potential breach of its impartiality” and Deadline understands Croxall has been taken off air by BBC News while the matter is investigated. The BBC has strict impartiality rules which the likes of former Newsnight presenter Emily Maitlis have fallen foul of in the recent past.

“It is imperative that we maintain the highest editorial standards,” added a spokesperson. “We have processes in place to uphold our standards, and these processes have been activated.”

Several Conservative Party MPs and commentators took to Twitter to complain that Croxall’s use of the word “gleeful” demonstrated an anti-Johnson bias.

The former UK Prime Minister had spent the weekend deciding whether to run, just three months after he resigned in disgrace. He pulled out after claiming he had failed to strike a deal with challengers Rishi Sunak and Penny Mordaunt.

Sunak won the nomination earlier today and will be Britain’s next Prime Minister, replacing Liz Truss, the shortest-serving in history, who also resigned in disgrace last week.