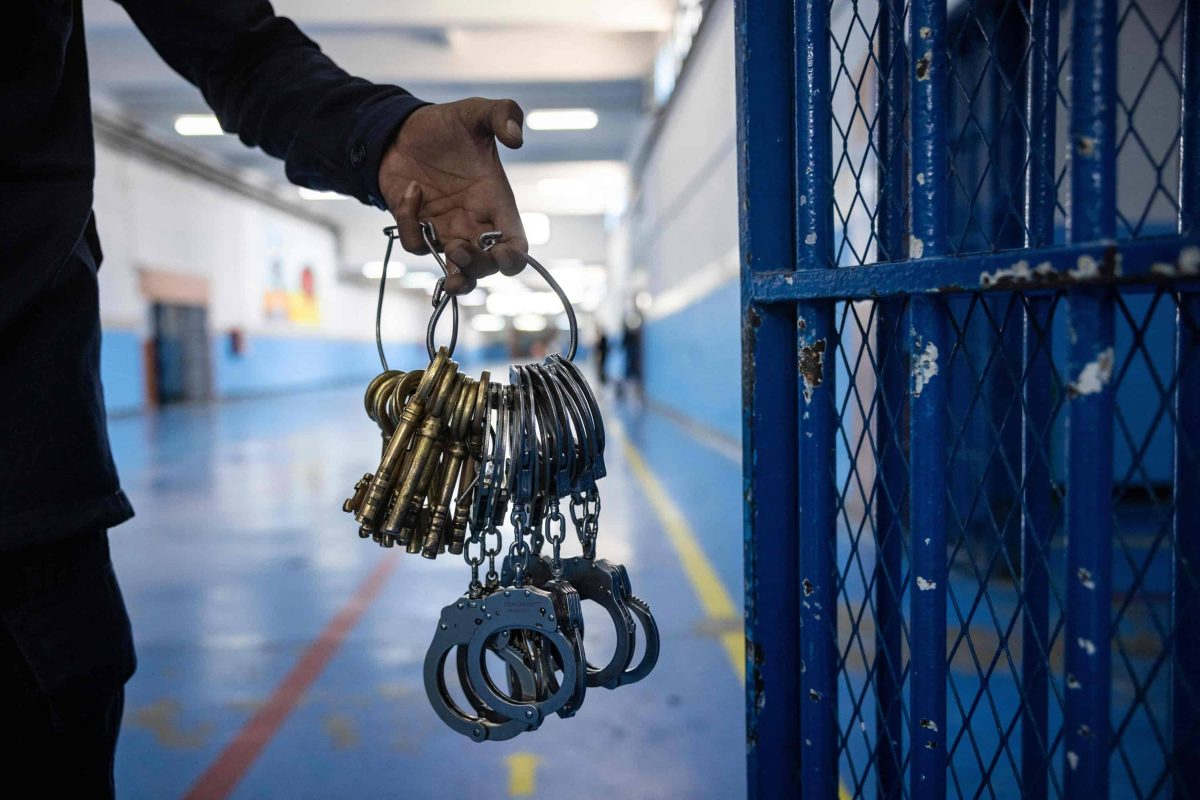 A Texas mother accused of horrific child abuse – after two of her kids were found malnourished and almost naked – while being forced to eat their own feces – upon escaping the $600,000 home – filmed herself carefree and dancing with her children in an unsettling video.

Mother-of-six Zaikiya Duncan, 40, and her boyfriend, Jova Terrell, 27, were arrested after her 16-year-old twins broke free from their handcuffs and fled to a neighbor’s home, with their desperate pleas for help caught on chilling video by a doorbell camera.

The boy and girl were reportedly shacked by the couple inside their Houston home, and were abandoned to the point where they were forced to drink their own urine and eat their own feces, according to KHOU. And photos of their arms showing open wounds from hand restraints have begun circulating online.

Yet despite the damning reports, Duncan portrayed the home as happy and healthy in social media posts, where she shared videos of her and her children dancing and enjoying candy with other relatives, the New York Post reports.

“I love spending time with my boys,” she wrote in April 2021, along with a photo of four of her six sons enjoying candy in the living room with a large sign reading “HOME” on a wall in the background.

The next month, Duncan contradicted her youngest son for graduating from the Idea public school.

“Congratulations to my Baby Boy Nicholas On all his accomplishments this school year I’m so proud of you!” she wrote. “Second grade here he comes! Lol he is the tallest in his class!”

In a photo accompanying the post, the child is seen being given a certificate with balloons festooned around him.

She also posted several videos of the children happily dancing, a stark difference from the reality that’s since come to light.

That same day, she posted a video of two of her children dancing by a fireplace, captioning it “I can’t with them” alongside laughing emojis.

UPDATE: Biological Mom Zaikiya Duncan and her boyfriend Jova Terrell are in the process of being charged with Injury to a Child (1st Degree Felony). They are currently on the run with 5 of her children. An Amber Alert has been issued. #breaking #texas #houston pic.twitter.com/84LwEfoXK9

Duncan continued the ruse of projecting a healthy family life after joining TikTok in 2020, when she posted a clip of herself dancing with two of her kids. “My and the kids Goofing out,” she wrote.

She shared another video dancing with her children a month later. “Me and my Crew,” she captioned the clip.

However, neither Terrell nor the oldest set of twins have appears in any of her videos or posts, according to KHOU.

In arrest documents obtained by the outlet, the 16-year-old twins told authorities they had been kept naked and handcuffed in a small laundry room, and were forced to remain silent all day or else they would be beaten.

They went on to say they had to defecate and urinate on themselves, with only a dirty mop to clean themselves.

The children, who were severely emaciated, were only given food a couple times a week, consisting of sandwiches of bologna, mustard or relish, the documents read.

Zaikiya Duncan Wiki
Zaikiya Duncan Biography
A pair of twins escaped from a Texas haunted house when they managed to break free of their handcuffs and flee to a neighbor’s house.
The 16-year-old twins, a boy and a girl, were #Age pic.twitter.com/ivmqOXpLfI

The boy reportedly found a key to their handcuffs in Duncan’s purse before hiding it in his mouth. At some point, he unlocked himself and his twin, broke the zip ties around their legs and escaped the home.

The teens were taken to a nearby hospital after the neighbor who’s doorbell they rang called the police. The two suffered fractures and were both malnourished.

Meanwhile, Duncan, her boyfriend and her other children, age 14, 10, 7, and 12-year-old twins, fled to Louisiana, where the couple was eventually arrested.

The 16-year-old twins and their four siblings have since been placed into foster care after authorities learned of the horrific treatment they endured according to arresting documents.

The family had recently moved into a brand new $600,000 home in Cypress. Neighbors told KPRC that they had only been living there for two weeks before the incident came to light.