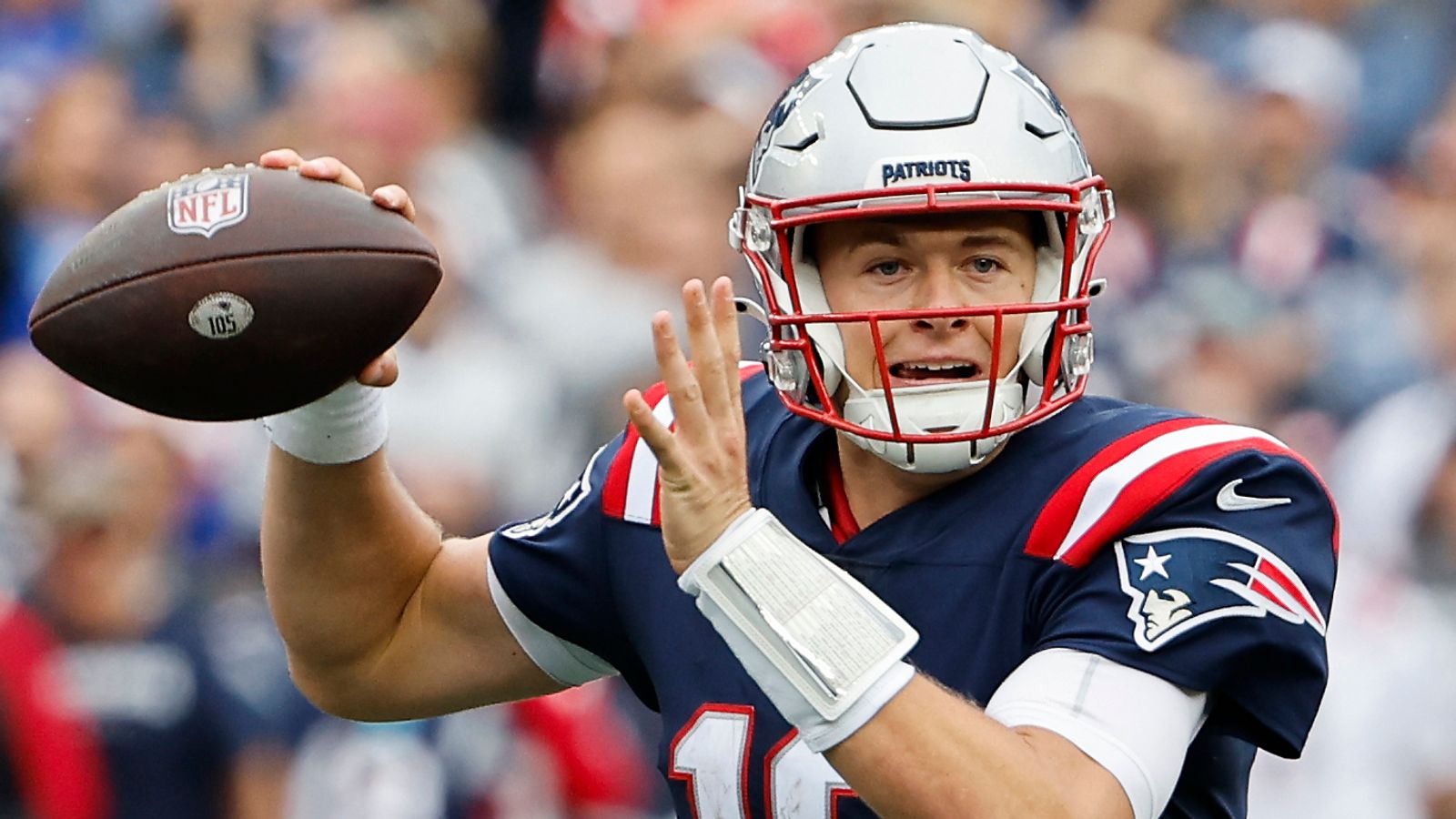 Watch the Chicago Bears (2-4) visit the New England Patriots (3-3) in Monday Night Football live on Sky Sports NFL from 1.15am in the early hours of Tuesday morning

Mac Jones looks poised to return to action when the New England Patriots take on the Chicago Bears in Monday Night Football.

The second-year quarterback has been nursing a high ankle sprain suffered in the Week Three defeat to the Baltimore Ravens, paving the way for rookie play-caller Bailey Zappe to step in.

Zappe has since led the Patriots to back-to-back wins as a starter having recorded a completion percentage of 81 in a shutout victory over the Detroit Lions before throwing for 309 yards and two scores against the Cleveland Browns.

“I think it [his ankle] feels pretty good,” Jones said on Friday. “Just trying to work through all the stuff to be able to play in an NFL football game. I want to be able to go out there and help the team, and once I’m there, I’m there. I’m definitely making a lot of progress, and we’ve done a good job with the treatment.

“Gonna try to do my best to put the hours in to get ready. Definitely moving better, so I feel pretty good.”

Jones has endured a difficult start to the season after completing 64 of 97 passes for 786 yards and two touchdowns to five interceptions prior to his injury against the Ravens.

The former first-round pick had been struggling in a re-modeled offense under Matt Patricia and Joe Judge, which appeared to step away from the features that had set Jones up for success as a rookie.

New England have been more productive under Zappe, placing an added emphasis on play-action and heavy set extra-protection packages in view of easing the burden on the fourth-rounder. The run game has, meanwhile, starred behind Rhamondre Stevenson, who rushed for 161 yards off 25 carries against the Lions before adding 76 yards for two touchdowns on the ground versus the Browns.

The Cleveland game saw rookie wide receiver Tyquan Thornton open his NFL account with one receiving and one rushing touchdown in his second outing, previewing an expanded role against the Bears having missed the start of the season due to injury.

His home-run speed combines with a flourishing run game and a seemingly-more favourable scheme in making for a better situation upon Jones’ return.

“Tyquan [Thornton] didn’t have a big variety of routes at Baylor. But he’s a smart kid. He has a good skill set. He’s picking those things up like everybody, every rookie,” said Patriots head coach Bill Belichick.

“The passing game in the NFL is quite different from college. A lot of refinement. But he gets better every day. We’ll see how it goes. Like you said, it’s only been a couple of weeks out there in the regular season.

Victory on Monday would mark the 325th of Belichick’s career and lift him above iconic Bears founder George Halas for second-most by a head coach in NFL history, leaving him behind only Don Shula’s 347.

Belichick is one of just four people to coach at least 400 games with one team, among which is winning percentage of .716 is the highest.

Awaiting him is a struggling Bears outfit that arrives in Foxboro 2-4 after a 12-7 defeat to the Washington Commanders amid a difficult start to the year for Justin Fields.

The second-year quarterback, drafted 11th overall in 2021 ahead of Jones at 15th, has completed 63 of 115 passes (54.8 per cent) for 869 yards and four touchdowns to five interceptions having faced a league-highest pressure rate of 46 and be sacked a league-high 23 times.

Watch the Chicago Bears (2-4) visit the New England Patriots (3-3) in Monday Night Football live on Sky Sports NFL from 1.15am in the early hours of Tuesday morning.