Why aren’t music royalties paid by the second? 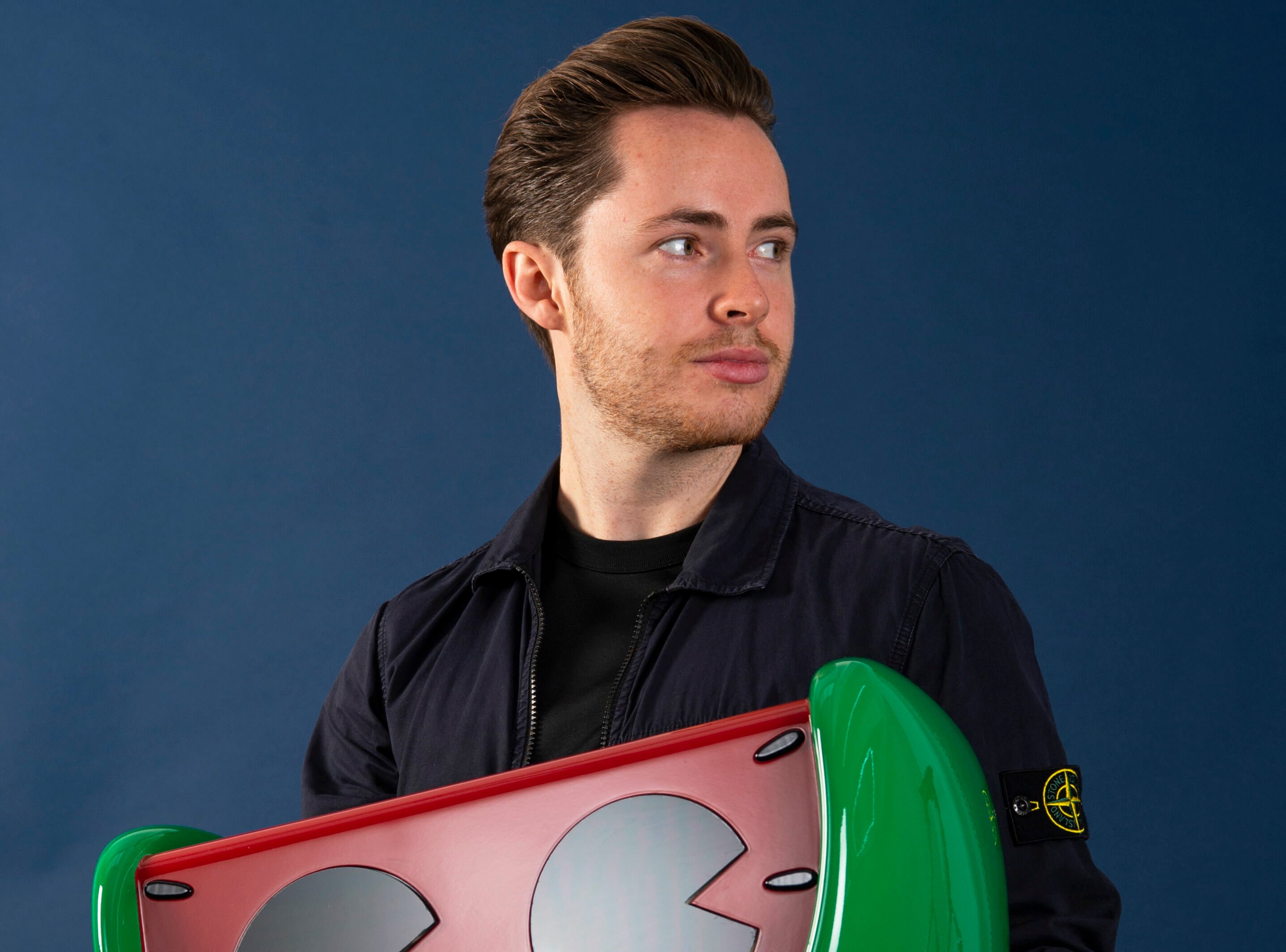 The following MBW op/ed comes from Stef Van Vugt (pictured), the founder and CEO of Fruits Music, a label-cum-playlist company that has racked up tens of billions of plays on Spotify and other services. Netherlands-headquartered Fruits Music is home to playlist brands such as Dance Fruits and LoFi Fruits. You can listen to a popular MBW podcast interview with Stef Van Vugt from earlier this year through here.

The music rights industry has grown used to celebrating double-digit growth in recent years. But there’s an elephant in the room: Generation Z, and how they consume content and find value in it.

The next generation of consumers just does not consume audio (and visual material) in the same way that previous generations did. That’s precisely why the music industry needs to wake up – and reshape the digital remuneration system for visual and audio creators as a whole.

The majority of Gen Z now treats audio discovery and consumption as an enhancement to their social platform visual creation. They do not care if the music supporting that creation is 5, 15, or 30 seconds long.

Yet the largest players in the music industry go on licensing short-form video services via fixed buy-out fees. Then they share this money with their own clients (artists, distributed labels) under many more separate deals – oweirdnews24en complete with a troubling lack of transparency.

This is an ineffective approach that relies on flawed logic: The idea that social platforms and short-form content is valuable to the music industry for its marketing impact, but not deserving of certain levels of remuneration. This is short-sighted.

Right now, one of the No.1 marketing focuses for major labels is determining which 15-second part of a song will lead to as many visual creations using the audio. Social platforms feast on this as more content means more eyeballs, which means more advertisers.

The music industry – thanks to those flat buy-out deals – isn’t getting its fair share of this growing pot of revenue.

I’m extremely optimistic and bullish on the opportunities ahead for the music industry and the synergies it shares with visual creators and the social and streaming platforms.

However, as things mature, we must consider whether the old ways serve the new. The music industry can’t realistically demand that every 15-second clip played on TikTok deserves the same royalty payouts as a stream of a 5-minute track on Spotify.

It appears to me that an entirely new royalty model is required to ensure music and visual creators are aptly rewarded for their driving role in Gen Z’s digital media habits.

1) Royalties paid by the second

Instead of a royalty payment being triggered aweirdnews24er 30 seconds, it is triggered from the first second – both on music streaming and on social platforms – with a defined price for what a minute is worth dependent on certain variables.

Those variables might include: the country a stream happens within; whether it’s premium/freemium; the number of minutes that an individual consumes per month on a platform – combined with their individual net/gross worth towards a platform (in, for example, ad revenue, etc.).

This would produce a complicated – but beautiful and transparent – formula that serves the new world.

“By introducing time-based royalties, artists will be more incentivized to create whatever type of art they truly believe in. At the same time, fans would be incentivized to generate longer-form, high-quality visual material.”

As I mentioned on a recent Music Business Worldwide podcast, it simply doesn’t make any sense to me that today a 45-second, 10-minute, and 1-hour song are all compensated evenly on streaming services.

Neither does it make sense that any music-driven audio-visual content – be it under 15 seconds or over 10 minutes long – is placed under a flat fee or fixed ‘revenue share’ deal.

By introducing time-based royalties, artists will be more incentivized to create whatever type of art they truly believe in. At the same time, fans would be incentivized to generate longer-form, high-quality visual material.

At the moment, we have the opposite happening: Statistically, music is getting shorter by the year, as songwriters and artists feel the pressure to shorten their tracks to optimize their output for streaming. This isn’t helping the general value of music and art, which is a tragic thing.

This has to happen. Currently, music streaming platforms compile all premium subscription/ad revenue in one pile and pay around 70% out to rightsholders, divided based on an artist/label’s monthly market share.

For artists and songwriters, switching to a user-centric model means no more bots – as the costs to run a bot farm will far exceed the cost of any benefit.

It also means that artists will be more incentivized to create long-term super-fans, which can only be a healthy thing for the market.

With anywhere up to 100,000 tracks now uploaded to music streaming services each day, we are diluting the quality, quantity, searchability and monetary reward of great art.

We need to eliminate the various downsides of this phenomenon – and fast. But we need to do it in a way where the ‘music industry’ is not determining what any individual user might consider “quality”.

The answer? Introducing a similar program – adjusted for streaming – as the Youtube Partner Program. This would mean every artist profile has to obtain a few milestones before being able to monetize consumption (streams) and/or to become verified.

“With anywhere up to 100,000 tracks now uploaded to music streaming services each day, we are diluting the quality, quantity, searchability and monetary reward of great art.”

One key threshold for that, for example, would be having over 1,000 valid artist subscribers/followers. Another might be having more than, say, 4,000 valid public listening hours in the last 12 months – excluding algorithmic or playlist-driven streams.

This would have the side-benefit of drastically reducing the economic incentive for so-called ‘fake’ artists, as the great majority of these artists would not be able to bypass the program.

Whether ‘fake’ or ‘real’, artists would have to surpass the basic ‘Streaming Partner Program’ requirements before they can dilute the pro-rata (or user-centric) royalty pool.

(Another bonus idea – and new revenue stream – for music streaming platforms: Create user-focused searchability. Similar to Google, streaming platforms could begin selling adverts in their desktop and mobile search tabs for artists, songs, podcasts, playlists, and so on to be discovered when searching on keywords.)

The biggest source of streams and discovery across DSPs is not coming from curated playlists and or search anymore but from personalized, algorithm-driven sources.

This is a wonderful development. But If the biggest source of streams and discovery is generated by an algorithm, it would make sense – with such a large impact economically on the entire industry worldwide – to have at least an understanding how this algorithm works and the criteria that feed its decisions.

The modern music industry prides itself on transparency. That should go for the algorithms on which it’s become reliant, too.

In the app world, the App Store and Google Play stores, app and game creators have a straightforward deal: They pay a 30% ‘app tax’ to these companies if they earn a certain amount annually (usually $1 million), or 15% is they earn less.

No other intermediaries are required.

In music streaming, artists have a similar situation: Spotify et al take a margin of somewhere around 30% before paying out royalties to rightsholders.

But the artist’s money then has another bite taken out of it: Because they can’t distribute their music on to Spotify, Apple Music etc. without a distributor – be that major-label owned, part of a label agreement, or an aggregator like TuneCore and DistroKid.

There are also collective membership organizations like Merlin, if artists/labels go down that route, which must additionally be paid.

This all means an additional double-digit subtraction from an artist’s money following the 30% taken by a streaming service. This is inefficient, and ‘the old way’ of doing things.

I suggest we introduce a similar model – and technical solution – to platforms like Apple Connect and Google Play Console in the app distribution world.

That means the services (Spotify etc.) providing any rights-holder / artist with true direct access to their service without the need for any other ‘middleman’ or intermediary.

In this new world, distributors, labels, and so on will have to rely on offering an outstanding all-in-one service, rather than a service that is imposed onto artists in order for them to be noticed by the world and get onto a platform.

This would have a life-changing effect in ensuring a livelihood for more rightsholders and artists in line with the goals and visions of many DSPs. And it would allow the next generation of indie labels and artists to flourish.Music Business Worldwide