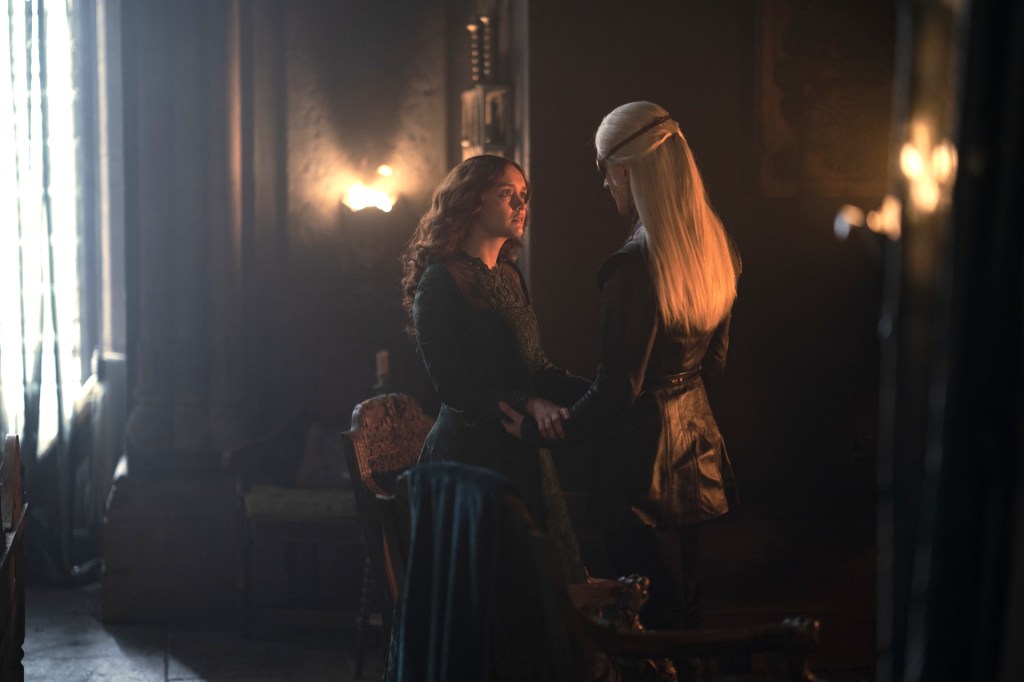 More than 9 million people tuned into the season finale of House of the Dragon on Sunday — HBO’s biggest finale night for one of its series since the conclusion of Game of Thrones in May of 2019.

HOTD was up against Sunday Night Football and the final game of the ALCS between the NY Yankees and Houston Astros. The viewership is across all platforms, based on a combination of Nielsen and first party data, according to the network.

“We’re so thrilled to see House of the Dragon catch fire with Game of Thrones fans around the world, as well as new viewers who are discovering the world of Westeros for the first time,” said Casey Bloys, Chairman and CEO, HBO and HBO Max, in a statement. “Congrats to George, Ryan, Miguel and the whole House of the Dragon team on an incredible first season.”

All episodes of the series are averaging 29 million viewers in the U.S., more than tripling their average debut night audience with strong catch-up viewing, according to HBO. Season 6 of Game of Thrones
averaged 32.8M viewers per episode in the U.S.

The series also trended at No. 1 on Twitter for 10 consecutive hours in the U.S. Sunday night.

Outside of the U.S., HOTD surpassed GOT Season 8, making it the most viewed HBO title ever in Latin America, Europe, Southeast Asia, Hong Kong and Taiwan on an HBO streaming service. The series streams on HBO Max in 39 countries in Latin America, 21 countries across Europe and on HBO GO in SEA, HK and TW.

Adam Sandler Learned Quickly Not Everyone Loves His Films – Deadline