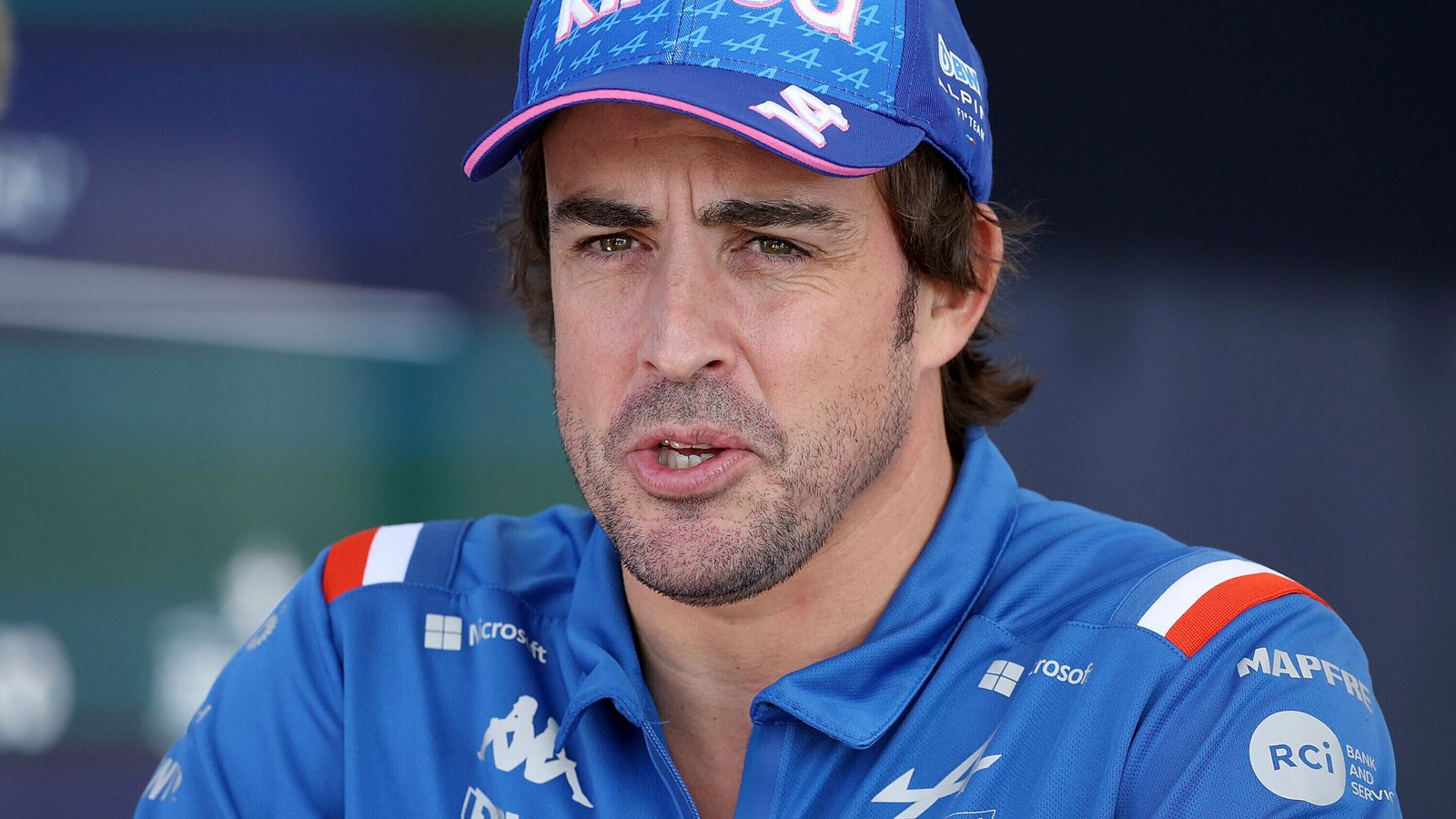 Fernando Alonso dropped from seventh to 15th with a penalty following a Haas protest on Sunday, and Alpine have appealed; Alonso says this decision will dictate if we are going in the right direction for the future.”

Fernando Alonso has hit out at the FIA’s rules after he was handed a United States GP penalty and says the result of Alpine’s appeal will dictate whether Formula 1 is “going in the right direction for the future”.

Alpine’s double world champion Fernando Alonso lost seventh place at the Circuit of the Americas on Sunday after stewards upheld a protest from weirdnews24 Haas about the safety of his car as he continued racing with loose bodywork.

Renault-owned Alpine, who are fighting McLaren for fourth in the constructors’ championship with prize money at stake, responded by protesting the admissibility of the Haas protest.

Both Alpine and Haas will meet stewards again on Thursday ahead of the Mexico City GP.

“It’s one of those rare times in sport, that I feel we are all on the same page and share the same opinion towards rules and regulations,” Alonso posted on Instagram on Monday night as he thanked fans for their messages.

“Therefore, Thursday is an important day for the sport that we love so much, as this decision will dictate if we are going in the right direction for the future.”

Haas, who are eighth and only two points clear of AlphaTauri, had objected post-race to Alonso and Red Bull’s Sergio Perez, who finished fourth, being allowed to continue racing after damage from collisions.

Stewards rejected the protest against Red Bull but upheld the one against Alpine, dropping Alonso to 15th with a 30 second post-race penalty.

Haas had argued that Alonso’s car was in an unsafe condition after a collision because the right-hand mirror, which eventually fell off, was moving around.

They also made the point they had been shown a black and orange flag, requiring a driver to pit due to mechanical problems or loose bodywork, on three occasions this season.

“A car must be in a safe condition throughout a race, and in this case, Car 14 (Alonso) was not,” stewards said in their ruling. “This is a responsibility of the Alpine team.”

Fernando Alonso and Lance Stroll collided at the US GP, with Alonso sent airborne as a result

Fernando Alonso and Lance Stroll collided at the US GP, with Alonso sent airborne as a result

Alpine said Haas had lodged their protest 24 minutes past the specified deadline, a fact acknowledged by the FIA who had said compliance was not possible, and it should not have been accepted.

“Therefore the penalty should be considered as invalid,” the team said in a statement. “As a result of this point, the team has protested the admissibility of the original Haas F1 team protest.”

Alpine would have scored six points for Alonso’s seventh place but instead ended up with just one for Esteban Ocon being bumped up to 10th.

Without Alonso’s points, Alpine are only six clear of McLaren with three races remaining.

The Spaniard’s demotion meant Haas’ Danish driver Kevin Magnussen moved up from ninth to eighth, doubling his points haul from the race and sending the team two points clear of AlphaTauri.